ManagementSpeak: We’d like to thank everyone for stepping up to get this impossible task successfully completed.

Translation: Nobody is getting anything additional for their overtime, and we don’t have anything in the budget for bonuses.

This week’s anonymous contributor got nothing for providing this week’s entry, except for the satisfaction of sharing his insight with the rest of us. Why don’t you follow suit?

END_OF_DOCUMENT_TOKEN_TO_BE_REPLACED

Trimodal IT: 50% better than bimodal IT?

In one of the more satisfying bits of recent sociological research, Michael Kasumovic and Jeffrey Kuznekoff discovered a correlation between poor performance and abusive behavior toward women in on-line gaming.

It’s tempting to extrapolate to the workplace. It’s even more tempting to use “Speaking of losers,” as my transition to continuing last week’s look at Gartner’s bimodal IT model.

It’s tempting, but unfair. Just because Gartner showed up 15 years after the party began doesn’t mean it’s missed the boat. After all, for many in our industry there is no boat until Gartner floats one.

To its credit Gartner has (finally) recognized the need for what it calls “bimodal IT.” But it hasn’t explored a challenging, near-inevitable consequence of establishing two radically different working styles — dueling cultures. The fast one will inevitably look like the CIO’s favorite son while those relegated to supporting the company’s systems of record will feel like red-headed stepchildren.

I’m not the only one concerned about the consequences of bimodal IT. In a Comment, long-time correspondent Stephen Bounds pointed to a piece by Simon Wardley (very perceptive writer; recommended) that’s highly critical of the whole bimodal approach.

If IT is limited to Pioneers and Town Planners, Wardley argues, you’ll end up accumulating a bunch of functional but poorly constructed junk that, over a span of perhaps five years, will turn into “spaghetti junction.”

The Settler role is reminiscent of a process proposed in this space back in 2002 — the Access Tangle Replacement Methodology (ATRM). ATRM applies an architectural perspective to the collection of point solutions shadow IT and other Pioneering groups put together, using them to define the aggregate requirements for a more broadly-based architecturally sound environment.

Settlers are still needed, but to bring systems built by shadow-IT projects into conformance with IT standards. It’s a vital role, but a different one.

Left to their own devices, Settler-supported shadow IT and fast-mode Agile/DevOps teams create a very different type of mess — an unplanned landscape. Metaphorically, it would be as if a large number of individual real-estate developers built wherever they pleased, with no zoning laws or urban planning to constrain them. 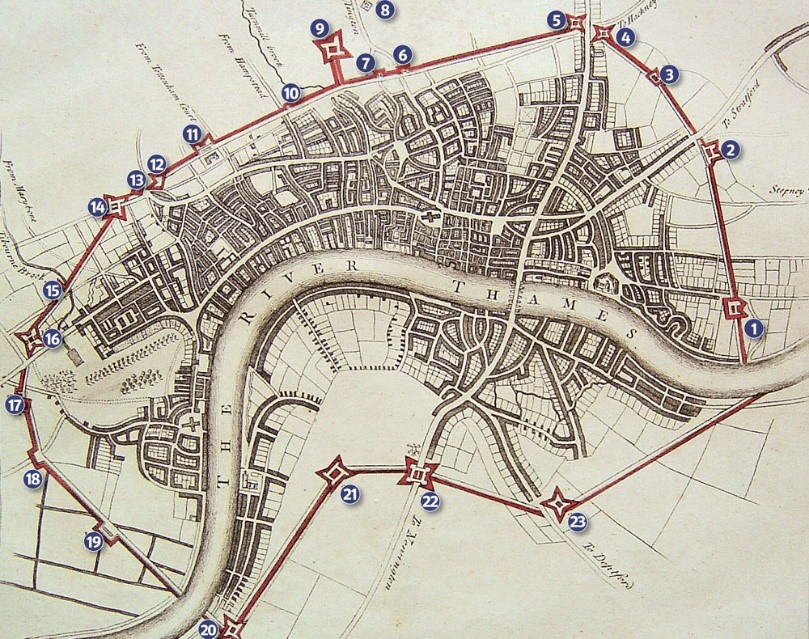 The so-called best-practice solution to this challenge (so-called because it’s way too early in the game to enshrine one solution as best) is called “scaled Agile.” Without endorsing or critiquing any specific approach to scaling Agile, my colleagues and I are discovering that many of the organizations attempting to scale Agile find themselves less agile than they were with waterfall.

Trimodal IT offers an alternative.

My old ATRM fixed medieval-London-ish systems through an approach we might call “scaled refactoring.”

Scaled refactoring leaves Agile/DevOps teams to do what they do best, which is to quickly develop small solutions to well-defined business problems. It leaves shadow IT’s pioneers to build rough-and-ready prototypes, which an IT Settler function converts to well-plumbed and wired production-ready applications.

In the aggregate these provide the requirements and specifications for industrial-strength enterprise-scale systems that metaphorically turn medieval London into a modern metropolis.

There’s just one problem with this model: It’s horrible — horrible because it recreates the same giant technology replacement programs that so often suck all the oxygen out of a business. I’ve abandoned ATRM as a bad idea because it relies on the successful execution of a very large, waterfall-style project that looks a lot like a traditional systems conversion.

Wardley describes his approach as progressive theft: Settlers “steal” applications from Pioneers to industrialize them; Town Planners steal them from settlers to incorporate them into the enterprise technical architecture.

Town Planning’s (aka ETAM’s) success, that is, comes from ongoing incremental misdemeanors. This is good. Massive remediation efforts are by definition Big Projects, which means they usually turn into felonious failures.

We still haven’t addressed the cultural challenge of fast-mode/slow-mode conflict. Instead, we made it worse by adding a third culture to the mix. We’ll get there next week. Unless, of course, something else distracts me.