Getting away from it all … far, far away

New Zealand is a likeable place.

Kiwis … New Zealanders … are, on the whole, likeable people. We haven’t yet met any of the eponymous birds, so I can’t say they’re likeable too, but I’m inclined to give them the benefit of the doubt.

Sharon and I are visiting New Zealand. It’s our current trip of a lifetime. I’m doing my best to not give any thought at all to matters of leadership, organizational effectiveness, or intentional business change. I’m not losing sleep over the question of whether those of you who have read There’s No Such Thing as an IT Project liked the book well enough to post a review on Amazon … or, for that matter, disliked it enough to post a review.

Worrying and New Zealand just don’t seem to be compatible. I’ll get back to worrying after I get my internal clock back on CST.

In the meantime, I figure I should try to explain why we’re enjoying this adventure so much. But I’m not sure I understand it myself. 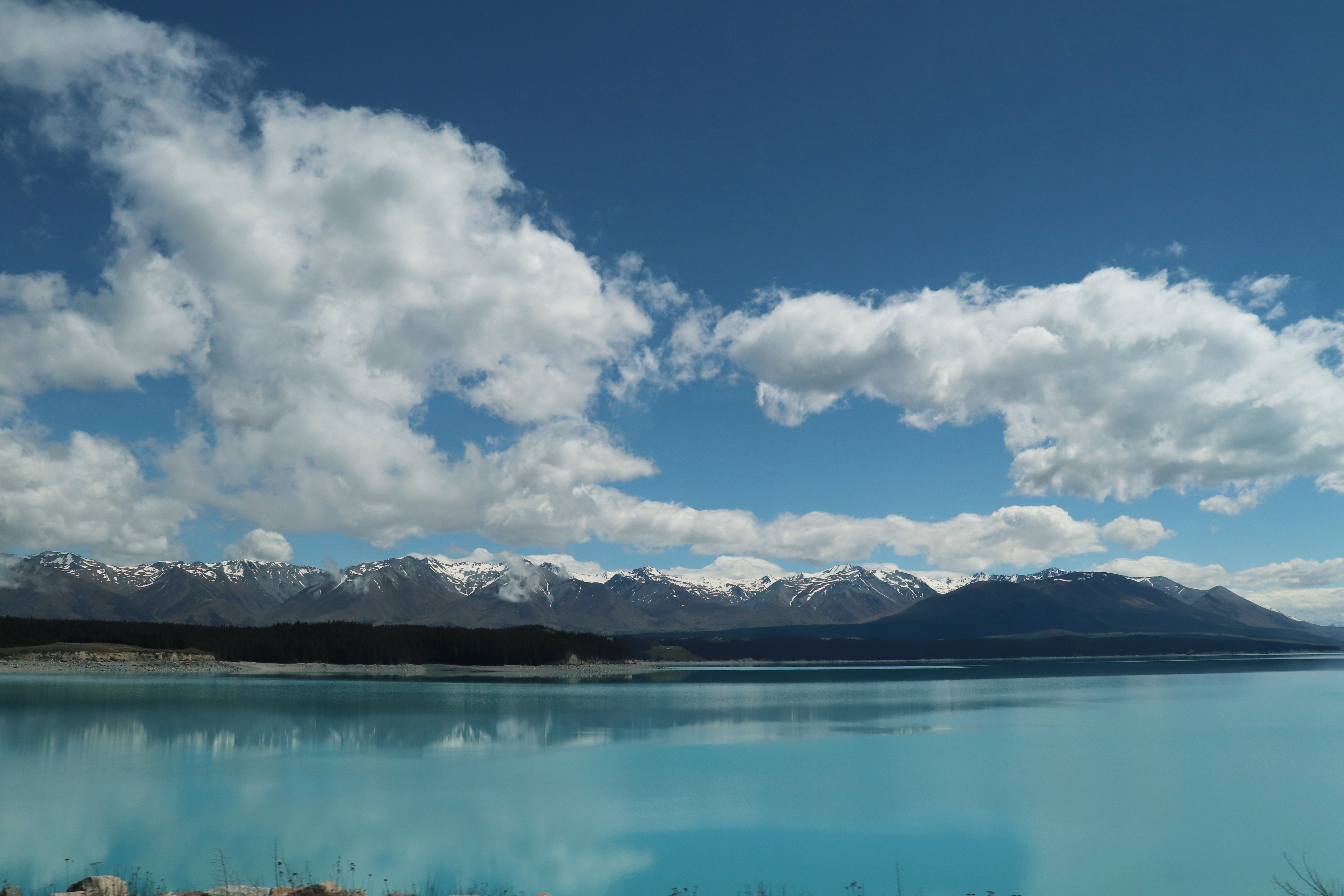 But beautiful, breathtaking, and inviting scenery that simultaneously exists in Middle Earth and ancient Greece, too? Only New Zealand can make that claim.

Not that this was a LoTR pilgrimage. I loved the books, and the movies, and we designed our itinerary to see New Zealand, not Gondor, Mordor, and the Shire.

One of the interesting bits we’ve discovered about New Zealand is how strongly everyone here seems to realize their dependence on an ecology that’s been thrown badly out of balance by decisions that seemed to make sense at the time, but turned out to be disastrous. These are islands where pine trees are an invasive species, bunnies are a horror show, and don’t get me started about gorse.

New Zealanders seem, to the best we can tell, to be united in their desire to stabilize ecologies that aren’t intrinsically stable: Like most island ecologies, New Zealand’s is fragile and will require active management for the foreseeable future.

But unlike some other countries I could name, our Kiwi friends are neither panicked or in denial on the subject. They recognize their environmental challenges and are putting plans into action to deal with them.

Yes, I’m digressing. I can’t help it. I’d love to distill this all down to the “essence of Kiwi-ness,” but so far I can’t put my finger on it.

Certainly, the Kea isn’t it. New Zealand is home to this, the world’s largest and most unpleasant parakeet. It’s a carnivore to boot, and, if you’re a shepherd, quite an unpleasant one: it enjoys perching on sheep and tearing out flesh to eat. 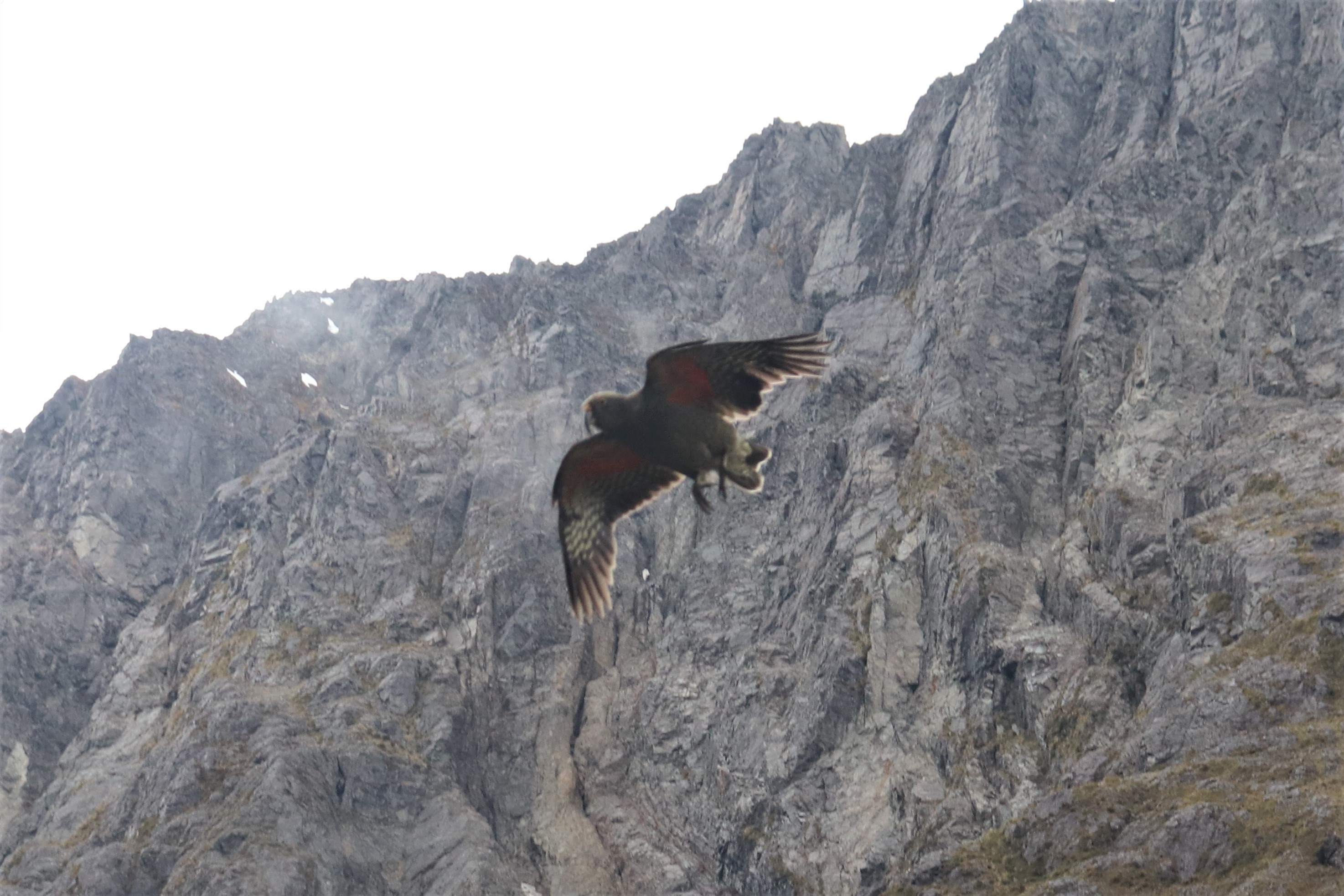 If you’re a driver the Kea isn’t much better: for unknown but undoubtedly compelling evolutionary reasons the Kea likes to eat exposed rubber seals and bushings.

This is, it should go without saying, very un-Kiwi-like (and un-kiwi-like) behavior. If a human did this we’d be appalled, unless we ran an auto parts store.

It’s time to give up. Appreciating New Zealand is easy. Just relax and enjoy it, and don’t worry about why you’re enjoying it, or, for that matter, about anything else while you’re here.

Describing the experience? That’s an entirely different and much more difficult endeavor.

So much so that I’m going to stop worrying about it.

And writing about it.

See you next week. Unless I just can’t be bothered.

All comments this week are about the south island. We leave for the north island tomorrow.