Can I deduct the cost of the trip?

It started with an epic face plant.

We were walking home from dinner our first night in New Zealand (Mexican, as “New Zealand cuisine” really isn’t a thing) when I tripped on a curb, then caught my other foot on a trolley track.

No, following the impact I didn’t see kiwis circling my head. I didn’t see all that much of anything other than the pavement inches from my eyeballs.

Sharon yelled for help. I did my part by regaining consciousness. Six total strangers did more than their part, rushing over to help me to a bench, provide additional tissues so I stopped bleeding over everything, and make sure I was stable enough to make it back to our hotel.

We’d planned our itinerary carefully, but somehow hadn’t thought to include a visit to the local emergency room on it. Being flexible tourists we added it to our list.

Being flexible medical professionals, the good folks there confirmed via CT scan that my skull still contained a brain, and, by dint of my knowing my date of birth and current year that it was at least minimally functioning. An EKG and an hour or so of additional observation later they assured us that if I was stubborn enough to make it to our tour that morning there was no medical reason for me to skip it.

Oh, and they did ask Sharon whether my nose looked like that before it made contact with the pavement.

“Looked like what?” I inquired, but didn’t receive a fully satisfactory answer.

When I travel, as when I consult, one of my goals is to find a word or short phrase that seems to capture the experience.

There was, for example, the client described thusly: “We have a blame-oriented culture and it’s your fault!”

My take on New Zealand: “Relaxed, friendly, and imperturbable.”

A different take: For New Zealanders, geology is as personal as the weather is for Minnesotans. Christchurch, for example, was hammered by earthquakes not that many years back and is still re-building. We were told that in one of the particularly severe tremblors, slippage along the fault line exceeded a meter in just this one tectonic event. Our own earthquakes are severe with just a centimeter or two of displacement. 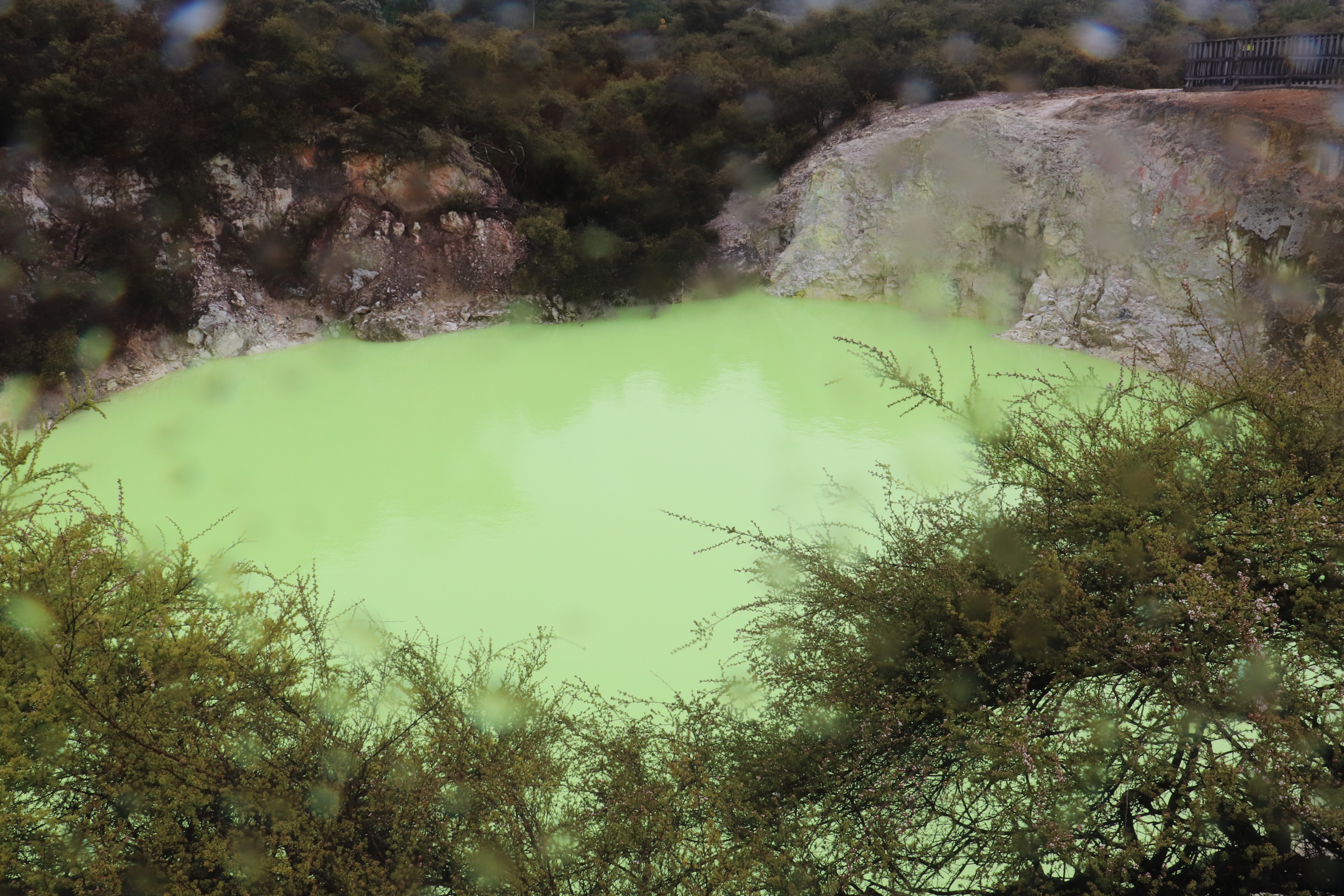 Not that all of New Zealand’s geology is fearful. Some of its landscapes are reminiscent of Colorado and others have a Scottish feel. But then there’s Rotorua with its crystalline sink holes, geysers, and fumaroles. It’s like a landscape from another planet.

Even the most respectful American, asked about our indigenous people, will talk about their culture and accomplishments, they being the Sioux, Iroquois, Chocktaw, Chippewa, and other tribal nations.

For most of us, their history isn’t part of our history so much as our respective histories intersect, and mostly in unfortunate ways.

Ask your average Kiwi the equivalent question and you’ll find he or she takes as much pride in Maori culture and accomplishments as in anything that came from her or his British heritage. 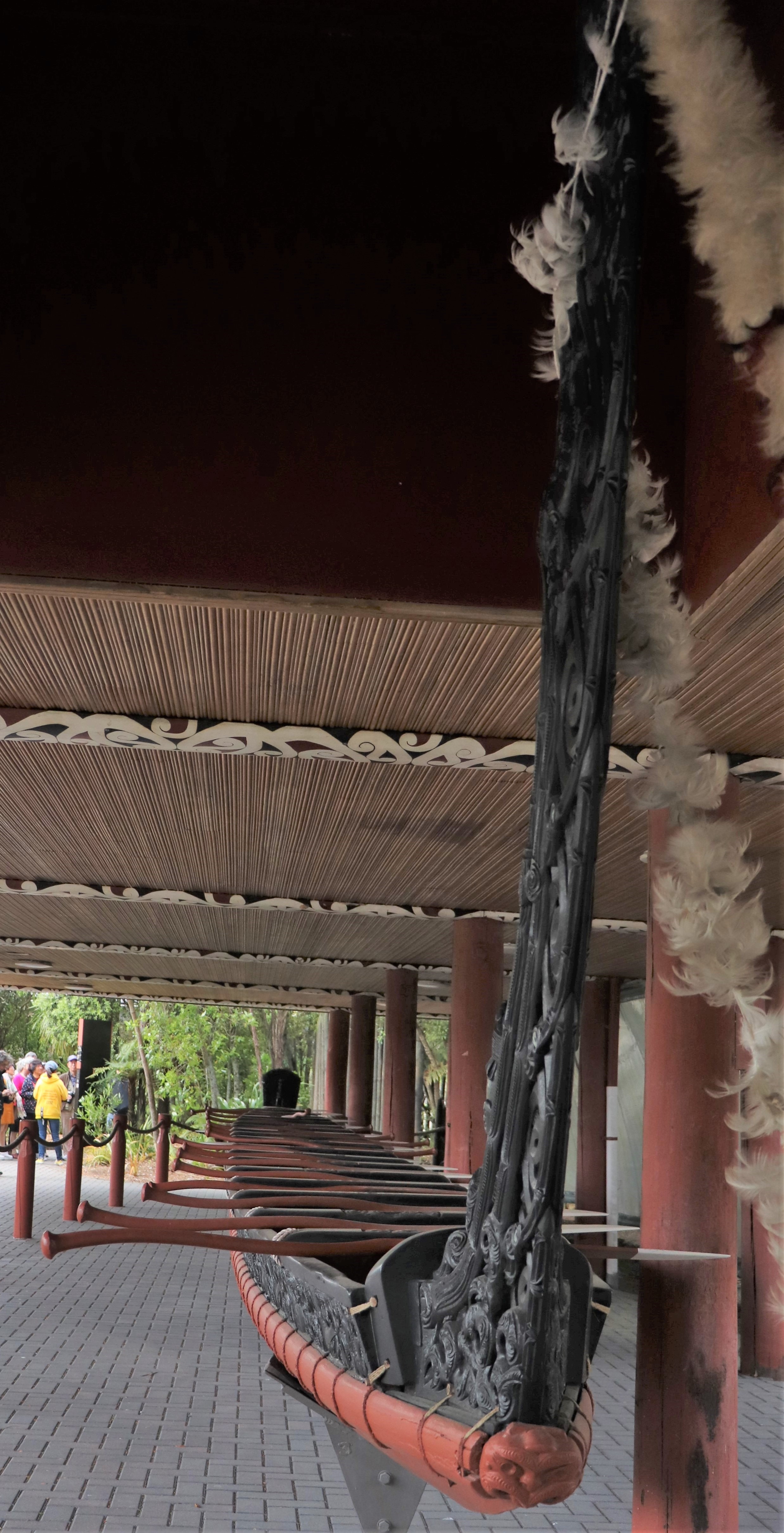 New Zealand’s history is one history that includes both.

It isn’t that Kiwis eschew us-vs-them-ism altogether. Aussie jokes are quite popular, told with all the venom Minnesotans inject into our Iowa jokes.

One more observation: There’s always someone.

While in the Te Puia Maori museum area we entered the kiwi exhibit, hoping to catch a glimpse. As kiwis are nocturnal the exhibit is darkened during daylight hours. The sign at the entrance could not have been more clear: No photography, no talking, no tapping on the glass to get the birds’ attention.

So of course, a tourist tried to sneak a smartphone photo while talking loudly to his buddies, one of whom tapped on the glass.

Even more selfishly, I’m delighted to report that we saw an actual kiwi in spite of them.

Before humans reached New Zealand the only mammals on the island were two species of bat, and the only top-level predators … well, there weren’t any.

When humans colonize, rats and mice are never far behind. Someone thought introducing rabbits would be clever; to get the rabbit population under control someone else decided feral cats would be just the thing.

And so kiwis, adapted as they are to a predator-free environment, are endangered.

Which leads to this thought: Change is inevitable, which makes adapting to change a necessity. And yet, when we lose something or someone because they, like the kiwi, aren’t able to adapt, we’re as much the losers as they are.