This week’s anonymous contributor has put in plenty of work ethic.

END_OF_DOCUMENT_TOKEN_TO_BE_REPLACED

Travel is supposed to broaden the mind. Regrettably, after more than 21 years of writing this column, my mental ruts seem to resist travel’s broadening impacts: Everything I see turns into guidance for running businesses, IT organizations, and all points in between.

And so, following a couple of weeks touring in Rome and exploring bits and pieces of Sicily …

> The Romans built the Colosseum in eight years, with no project management or CAD software to help them. It’s about 2,000 years old and still standing. That should worry us. 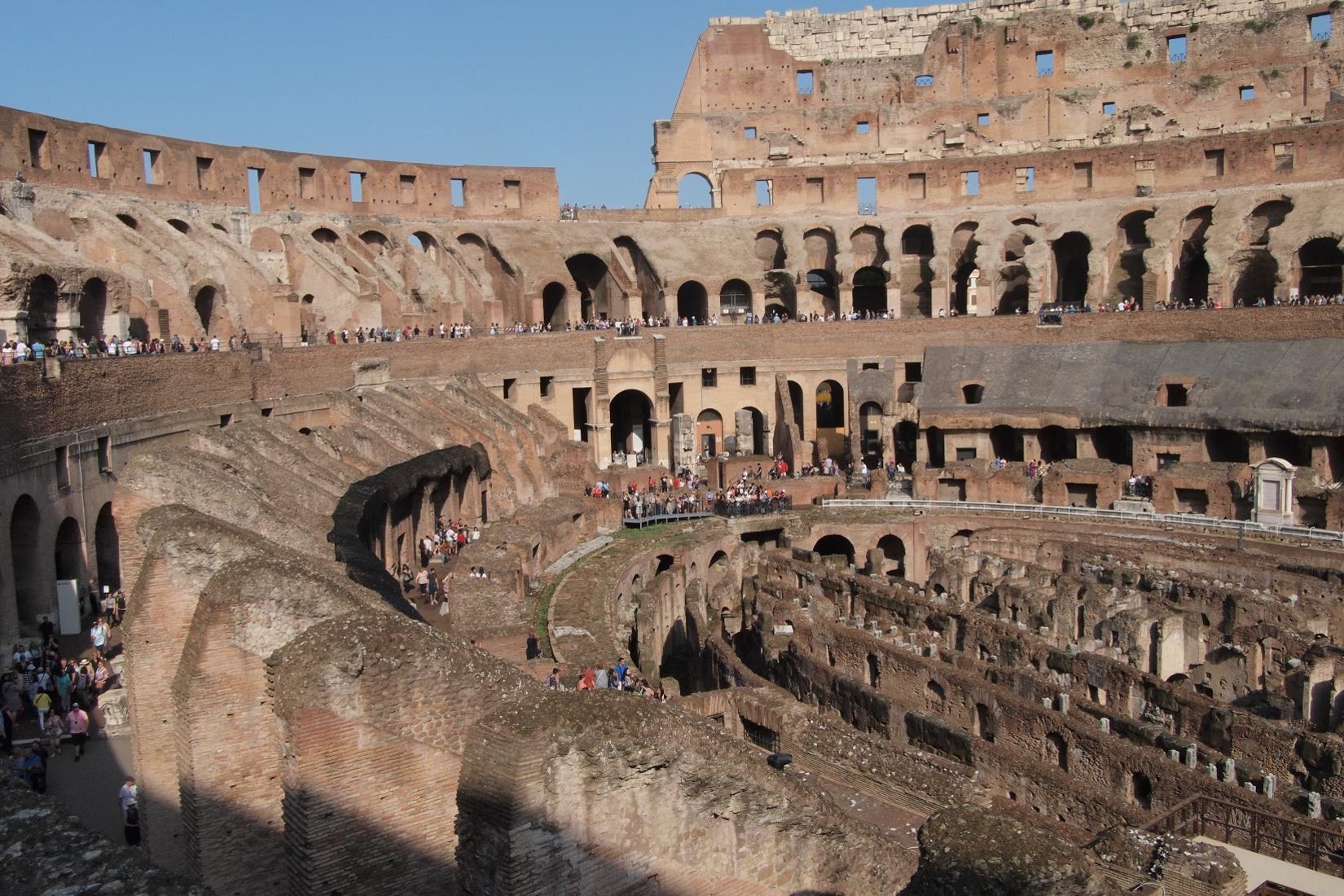 > The Colosseum’s construction depended on two innovations: concrete, and interchangeable parts built to standard specifications. If any Roman architects, artists, or engineers suffered from change resistance, those who embraced the innovations apparently drowned them out.

> The Colosseum’s standard program was executions in the morning, followed by slaughtering exotic animals, followed in turn by gladiators trying to hack each other to bits.

I think this means we have to give the Romans credit for inventing standing meetings with standard agendas.

It also suggests they were early victims of the consequences of bad metrics. Because every day started out with executions, the Roman courts had to convict enough suspects of capital crimes to fill out the program, whether or not a sufficient number of capital crimes had been committed. I presume the parallels are obvious.

In any event, combining the morning executions and gladiators who got the old thumbs down, a million corpses exited the Colosseum’s fabled arches during the years it was in session, although the pace slowed a bit when Rome became Christian and did away with the gladiators.

I guess that was progress. Speaking of which, for the Roman Empire, conquest was what you did if you could. Now, it’s frowned upon. That’s progress, too, I guess.

> While walking through the Pantheon our guide pointed out a row of headless statues. They weren’t, he assured us, early examples of Dr. Guillotine’s work products.

It was due to Roman parsimony. Coming from a practical society, Roman artists figured out the average statue would greatly outlive the person it had been carved to honor. And so, they designed their statues to have replaceable heads.

In IT we call this “modular design.”

> We didn’t spend all of our time in the Colosseum (and Pantheon and Forum). We also toured the Vatican, where, in the Basilica, we saw evidence of St. Peter’s tribulations. As it happens, visitors rub St. Peter’s feet for luck. No, not St. Peter himself but a bronze statue thereof. Bad luck for St. Peter. After centuries of this his feet are being rubbed right off, toes first.

I’m pretty sure we in IT have parallels to muster. If not, elsewhere in technology land I’ve read we’re running out of helium, one birthday balloon at a time.

Sicily has been more relaxing, at least from the perspective of spotting IT parallels. I’m hopeful this might mean I haven’t completely lost my ability to disconnect from the world of information technology. But there is Mount Etna, an awesome and awe-inspiring site.

> On the not-a-parallel-at-all front, shortly before its recent eruption, data integrated from a variety of sensors reported a 10 centimeter increase in the mountain’s elevation (about 3 inches if the metric system isn’t your bag; also about 3 inches if it is your bag only you don’t need me to handle the conversion for you).

Where was I? Oh, that’s right, 10 centimeters, and I hope you aren’t so blasé that you aren’t awed by our ability as a species to measure such things with such precision — a precision that allowed geologists to warn everyone potentially in harm’s way so they could get out of harm’s way.

> On the back-to-parallels front, Mount Etna doesn’t have just one crater, although the main caldera is enormous.

It has hundreds of craters. That’s because, when pressure increases and the old eruption paths are plugged, the magma doesn’t metaphorically say to itself, oh, gee, I guess I’d better calm down and head back to the earth’s mantle.

The result: The magma has to go somewhere, and where it goes is the path of least resistance, culminating in it pushing through the side of the mountain, resulting in a new eruption and new crater from which it spews out.

The business/IT parallel is, I trust, clear: Good luck trying to stamp out shadow IT, which is also the result of pressures that won’t go away just because you want them to.

It’s time for me to head back to the beach. The IT parallel? None.